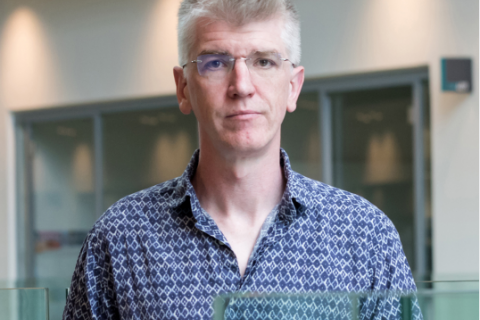 Building the spinal cord: the cellular and molecular logic of neural tube development

The generation of the correct cell types at the appropriate position and time is the first step in the assembly of functional tissues. One well-studied example is the development of the vertebrate spinal cord. In this tissue, distinct neuronal subtypes are generated in a precise spatial order from progenitor cells arrayed along the dorsal-ventral axis of the neural tube. Underpinning this organization is a network of extrinsic and intrinsic factors. Particularly well understood is the mechanism that determines the generation of different neuronal subtypes in ventral regions of the spinal cord. In this region of the nervous system, the secreted protein Sonic Hedgehog (Shh) acts in graded fashion to organize the pattern of neurogenesis.

This is a dynamic process in which exposure to Shh generates progenitors with successively more ventral identities. At the same time tissue growth alters the arrangement of cells and the proportions of cell types and contributes to the elaboration of pattern. A gene regulatory network composed of transcription factors regulated by Shh signaling play an essential role in determining the graded response of cells. Thus, accurate patterning of the neural tube and the specification of neuronal subtype identity relies on the interplay of cellular and molecular processes.

James Briscoe is a senior group leader at the Francis Crick Institute. He obtained a BSc in Microbiology and Virology from the University of Warwick, UK. Following his PhD research in Ian Kerr’s laboratory at the Imperial Cancer Research Fund, London, he undertook postdoctoral training at Columbia University, New York, USA, with Thomas Jessell, first as a Human Frontiers Science Program Fellow then as a Howard Hughes Medical Institute Fellow.

In 2000 he moved to the Medical Research Council’s National Institute for Medical Research to establish his own research group and in 2001 he was elected an EMBO Young Investigator. He was awarded the EMBO Gold Medal in 2008 and elected to EMBO in 2009. In 2018 he became Editor in Chief of Development, a journal published by the Company of Biologists, a not-for-profit scientific publisher. In 2019 he was elected as a Fellow of the Royal Society and of the Academy of Medical Sciences.

His research interests include the molecular and cellular mechanisms of graded signalling by morphogens and the role of transcriptional networks in the specification of cell fate. To address these questions his lab uses a range of experimental and computational techniques with model systems that include mouse and chick embryos and embryonic stem cells.