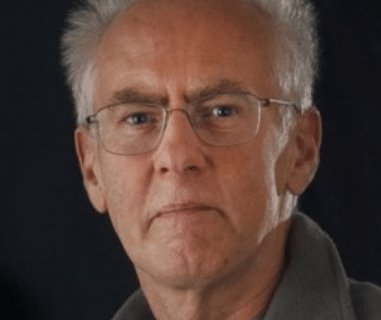 Analysis of qPCR amplification curves: how to avoid the bias introduced by simplification

With the introduction of quantitative PCR (qPCR) it was assumed that the amplification efficiency, the fold-increase per cycle, was always close to 2. This simplification allowed the use of the comparative Cq* equation to calculate the fold-difference between genes and tissue samples. Over the years the original equation (2-DD Cq) lost its base part and became so ingrained in qPCR-based papers that ‘ddCq’ currently seems to be the unit in which qPCR data are measured and reported.

The Cq value results from the general principle that the position of the amplification curve with respect to the cycle-axis, reflected in the Cq value, is a measure for the initial target quantity: the ‘later’ the curve, the higher the Cq value and the lower the starting quantity of the target-ofinterest. However, reporting only ddCq, implicitly accepts unvalidated assumptions and thus an unknown reporting bias. This is because reported Cq values can only be interpreted with the simplifying, and false, assumption that every PCR is 100% efficient.

The bias that is introduced by ignoring the actual PCR efficiency of target and reference genes can be prevented with the calculation of so-called efficiency-corrected fold-differences or target quantities, as was already proposed at the start of this millennium. Indeed, such target quantities were reported by a large number of qPCR data analysis methods published over the next 10 years. These methods differ in the algorithms used to determine the Cq value, as well as in the way the efficiency of the PCR is determined and applied in the calculations. Taken together, the different approaches did trigger confusion about the choice of a method to analyse qPCR data. Therefore, the original authors of different methods collaborated in a comparison of the performance of amplification curve analysis methods. This performance was assessed in terms of precision, bias, and resolution. The LinRegPCR, the program (http://LinRegPCR.nl) was shown to be among those with the best performance and will be used to illustrate the principles of amplification curve analysis.

In this talk, the different parameters that are required to calculate the target quantity, the principle outcome of the PCR, from the amplification curve will be introduced. The parameters needed for the analysis are the fluorescence baseline, the Cq value and the PCR efficiency. Although the latter, if used, is most often derived from a dilution series, it will be shown that this approach will lead to bias. Amplification curve analysis will be described and the effect of the different parameters on the reported results of qPCR measurements will be discussed.

*Note: The threshold cycle, Cq, was originally also known as CT, Ct or Cp. According to the MIQE paper (Bustin et al, Clin Chem 2009) I use Cq to indicate the number of PCR cycles required to reach the quantification threshold.