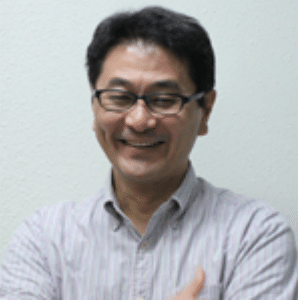 Shosei Yoshida studies mouse spermatogenesis and its stem cells at the National Institute for Basic Biology (NIBB), Okazaki, Japan, as a Professor of Division of Germ Cell Biology. Shosei graduated from Medical School and obtained his Ph. D. at the University of Tokyo in 1991 and 1995, respectively.

Through these training periods, he learned, and was fascinated by, developmental biology research and the miracle of germ cells. Shosei started his germ cell research as an assistant professor of Osaka University and Kyoto University, and launched his own lab at NIBB in 2008.

Shosei has been tackling the dynamic aspects of sperm stem cells in the mouse testis, with regard to their fate behaviours (proliferation, differentiation and death), localization and motion. To this end, his group developed an intravital live-imaging strategy, combined with fate analysis of pulse-labelled cells and mathematical analysis (in collaboration with Ben Simons of Cambridge). He discovered the reversible potential of differentiation-destined cells to return to the stem cell pool, which plays important roles in regeneration or transplantation.

Their live imaging revealed active stem cell migration near vasculature, and the breakdown of intercellular bridges between spermatogonia, which have been believed to be a perdurable structure. These findings have lead to a proposal of dynamic and stochastic stem cell models for long-term homeostasis in tissues harbouring a facultative stem cell niche.